You are here: Home › The Sculpture Garden › Sue Allanson 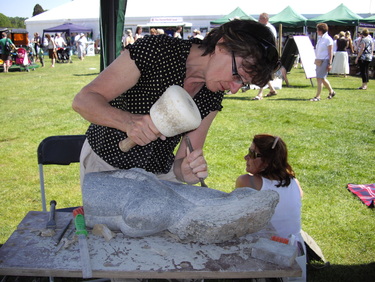 Sue has been working as a sculptor for the last 20 years. She is passionate about carving in stone and usually takes inspiration from the stone itself. She will often start by picking random pieces of stone in the quarry which may suggest a form. She  may have an initial idea, but her way of carving directly onto the stone means that she can respond to the stone itself in the process. In this way she feels that stone carving is a dialogue between the stone and herself.

Sue’s work is influenced by the idea held by some African and Indian artists that they find the spirit within the stone. She am inspired by nature, mythology, Buddhist thought and She has a desire to express a deeper sense of consciousness through my sculptures.

Sue’s work is so sensitive. I love the way she captures softness and fluidity in a medium that is so hard. Her pieces have such a calm humble and caring quality. 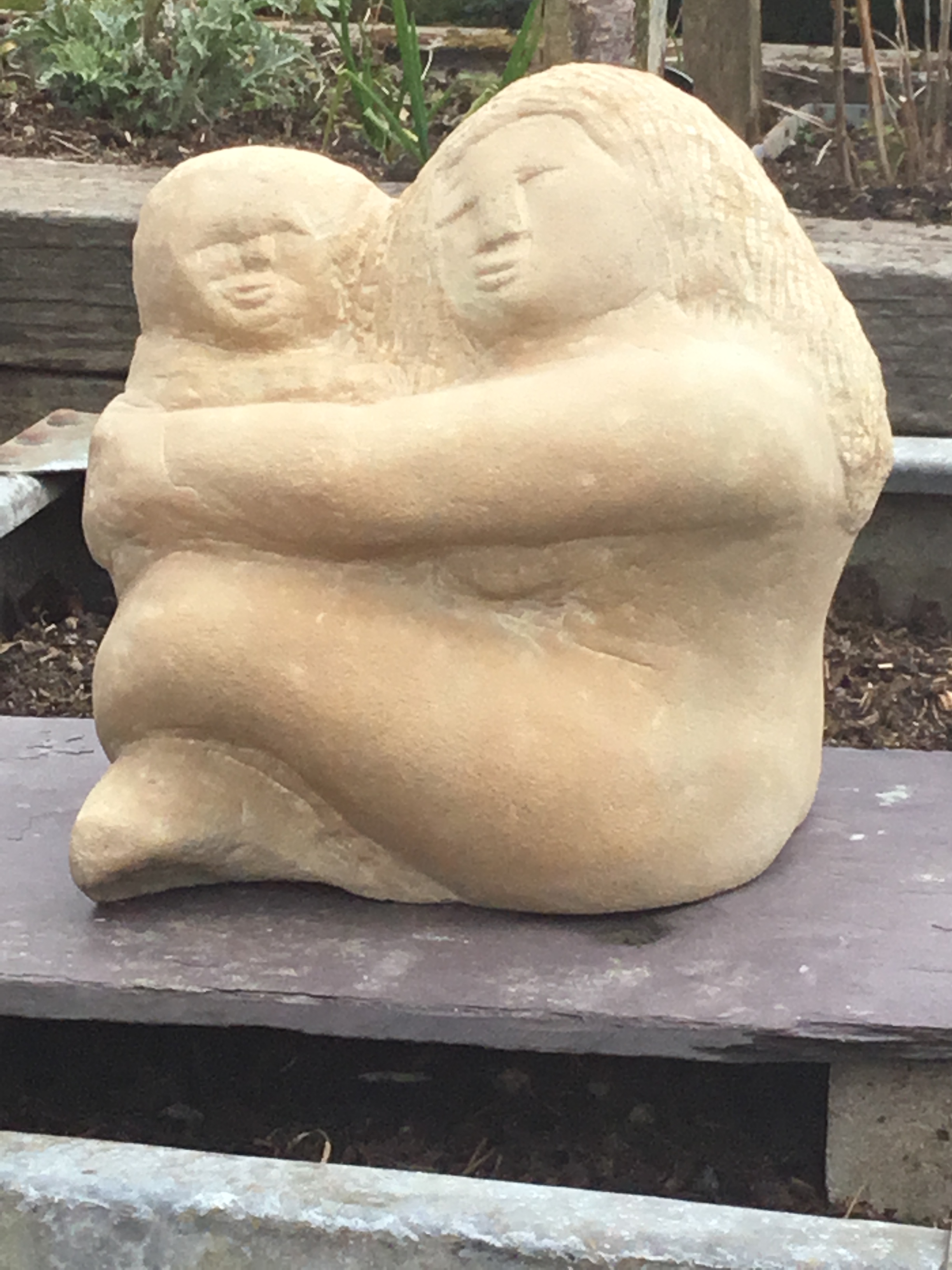 The Light Within - £420.00 - Ancaster Limestone and Coloured Glass